The EU Commission announced the Green Deal as one of its priorities and as a central action plan for EU climate policy on 11th December 2019. As part of the Green Deal, Europe should no longer emit any greenhouse gases by 2050 and thus become the first climate-neutral continent. In order to achieve this ambitious goal, no fewer than 47 individual measures have been announced, which entail various changes in the law, which will also have far-reaching and lasting consequences for the chemical industry. Therefore, it is only superficially about fighting greenhouse gas emissions. There are eight political storylines / areas in focus, including circular economy, a pollution-free environment and healthier and sustainable food. These topics have already been pushed in the last 12 months by numerous strategy papers and initiatives and have thus been given initial outline. 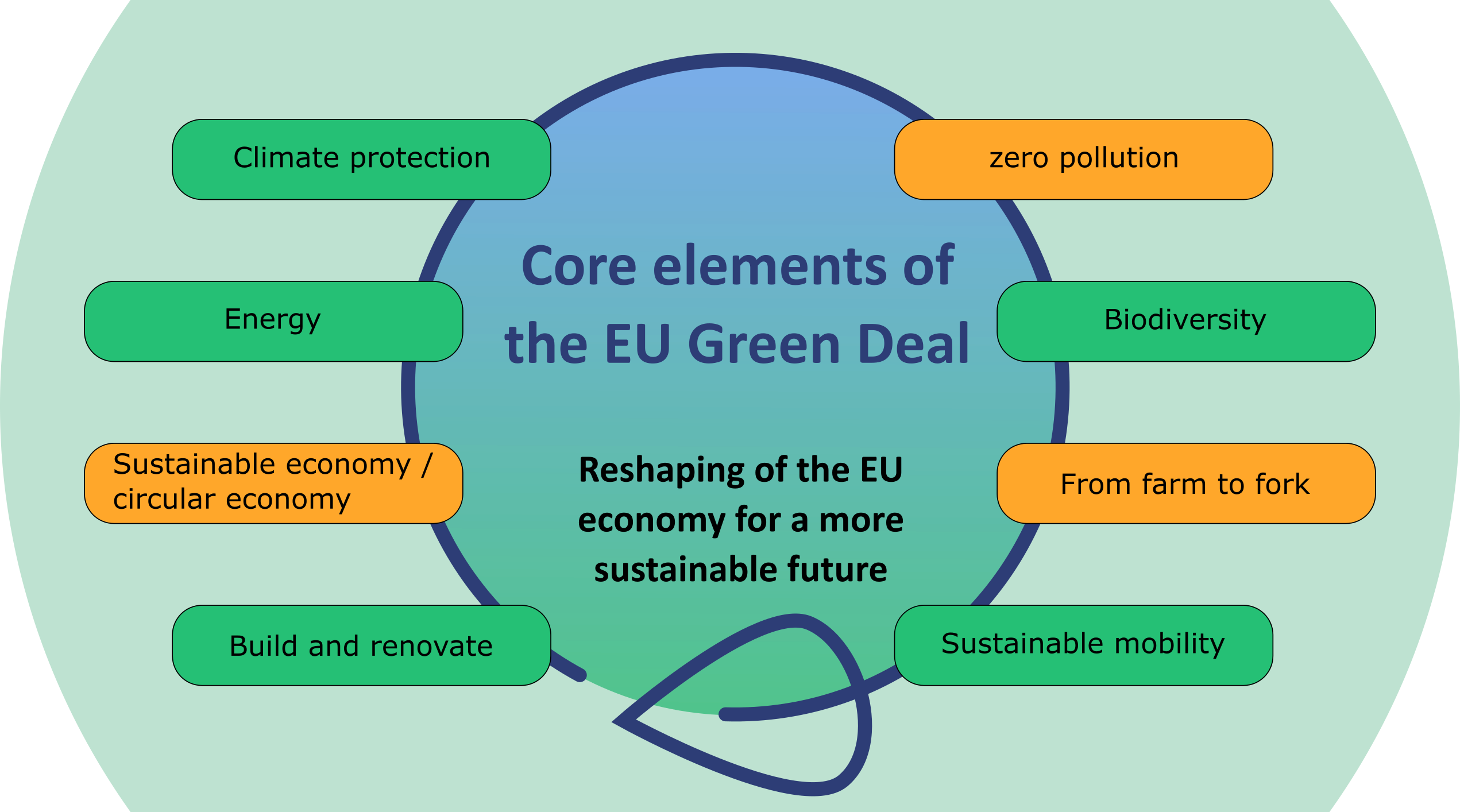 It shows that these will have considerable consequences for the chemical industry and thus also for the VdMi member companies. Thus, this is a top priority issue for VdMi as well.